2 taxes could be raised to pay for Biden’s tax credits: Former 2020 contender

During his campaign for president, John Delaney once described himself as a “solutions-oriented moderate.”

His policy ideas, which were numerous, didn’t gain traction during election often dominated by more liberal voices. Delaney himself was out of the race by January 2020 but once all was said and done, a fellow moderate – Joe Biden – ended up with the nomination and the presidency.

In an interview with Yahoo Finance this week, Delaney, a former Maryland Congressman who now serves on the board of directors of the Bipartisan Policy Center, was very comfortable with the direction being headed by the Biden administration so far.

Delaney is a particular fan of the expansions of the child tax credit and the Earned Income Tax Credit, which the Biden administration expanded for 2021 as part of the American Rescue Plan passed in March.

“It is by definition, a highly targeted program that only delivers the money to those who need it,” Delaney says. ”We've got significant history with them and we know they work.”

Delaney, like many Democrats, wants to make the expansions of the credits permanent and offered up two tax increases he says can help pay for it. “We should clearly be cleaning up the tax code and putting money where it really helps people,” he says. 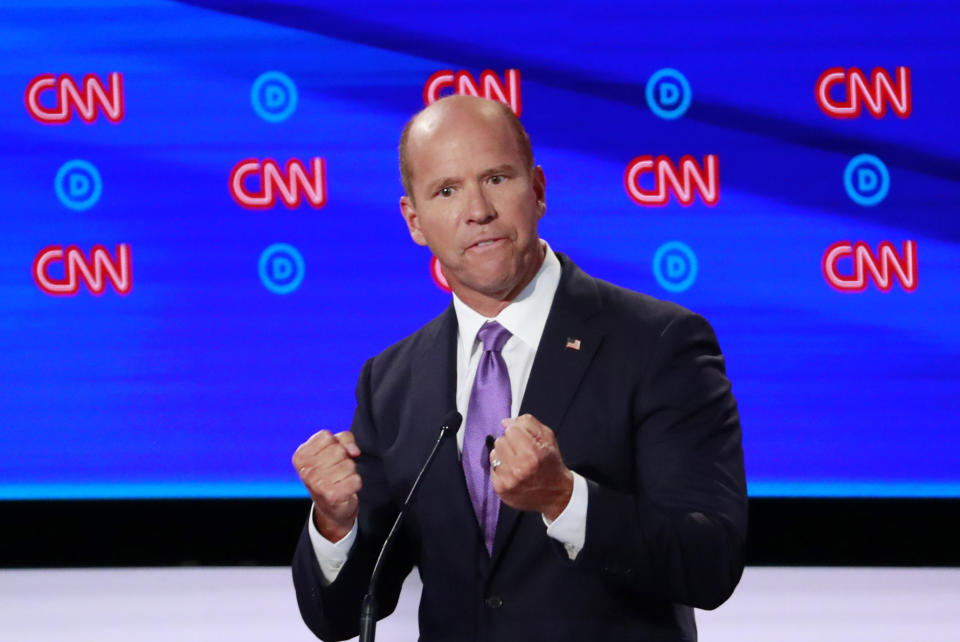 The first tax provision Delaney would target is the so-called carried interest loophole.

What this quirk in the code allows is income that flows to partners of a private investment fund to be treated as capital gains for the purposes of taxation instead of as a regular income. It’s a giant benefit with capital gains rates currently taxed much less than regular income.

Delaney notes that the beneficiaries of this loophole are usually private equity or hedge fund firms and “closing that loophole would create funds to pay for the expansion of the earned income tax credit or the child tax credit.”

President Biden is on board. The administration’s American Families Plan calls for an end to the loophole – often described as Wall Street’s favorite tax break – “so that hedge fund partners will pay ordinary income rates on their income just like every other worker.”

Delaney raises the possibility of eliminating the tax break known as accelerated depreciation on equipment spending as another avenue to raise money. 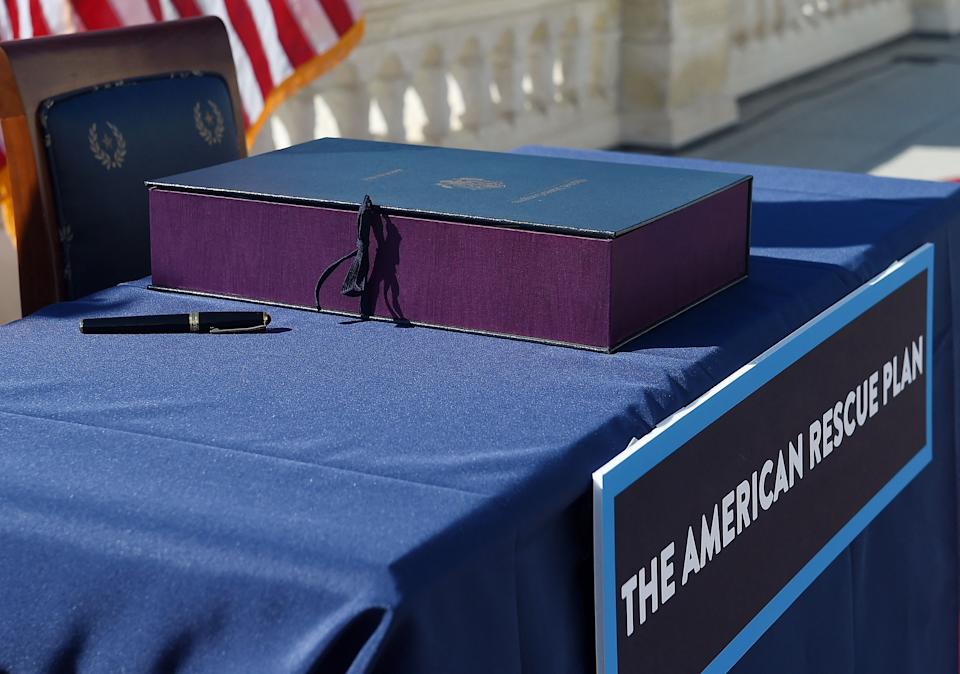 The Bill Enrollment for the American Rescue Plan Act before its signing ceremony after the House Chamber voted on the final revised legislation of the $1.9 trillion Covid-19 relief plan, at the US Capitol on March 10, 2021 in Washington, DC. (Photo by OLIVIER DOULIERY / AFP)

This is an area of the tax code that essentially allows a company to write off a depreciating asset (like equipment or a building) more quickly than it actually is breaking down.

“There's been lots of studies that indicate that doesn't really change behavior,” says Delaney. Other corporate tax credits, like for research and development, are working well and should stay where they are, he says.

Delaney appeared as part of Yahoo Finance’s ongoing partnership with the Funding our Future campaign, a group of organizations advocating for increased retirement security for Americans.

The Biden administration has not released a plan that tackles accelerated depreciation, though analysts at the Tax Foundation say another idea – a minimum tax on corporate book income – would change investment inducements and result in “reduced incentives to invest by clawing back provisions like the R&D tax credit and accelerated depreciation deductions.”

“We should be taking money from things that don't work and closing those loopholes and eliminating those deductions, and taking that money and applying it towards things that work,” Delaney says. “In some ways, it's pretty simple.”

Ben Werschkul is a writer and producer for Yahoo Finance in Washington, DC.